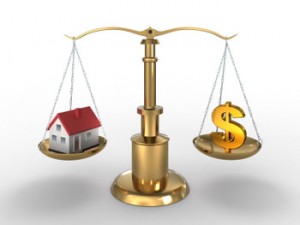 Let’s take a look at the real estate market. Currently there are 117 sales pending in the market overall, leaving 304 listings still for sale. The resulting pending ratio is 27.8% (117 divided by 421). So you might be asking yourself, that’s great…but what exactly does it mean? I’m glad you asked! The pending ratio indicates […]

The Smithsonian carousel was built in the 1940’s by Allan Hershell Company. Before arriving at the National Mall in Washington, DC, the attraction was at Gwynn Oak Amusement Park in Woodlawn, MD. As with many amusement parks at the time, it was designated for whites only. In 1955, black protesters arrived at the park, but […]

We understand how difficult it can be to go through a foreclosure. It might seem like the prospect of owning another home is out of the question if you have recently lost your DC-area home to foreclosure. However, you shouldn’t completely rule out future homeownership. The following steps can bring you closer to your goal […]

Are you planning on updating your Washington, DC Metro-area home? Adding on a new addition can take a lot of time – and money, too. To save on money, you might want to consider space reconfiguration. What Is Space Reconfiguration? This is the idea of using extra space from a nearby room or converting underutilized […] 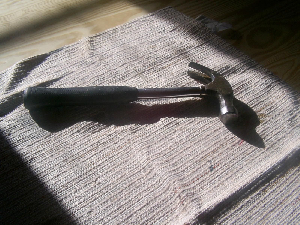 If you’ve recently bought a home in the Washington, DC area, congratulations! Owning your own home is a great feeling and a big commitment. There will always be the ongoing process of maintenance, as well as renovations to help increase value. If you’ve recently moved or you’ve been in your home for several decades, it’s […]

If you’re selling your Washington, DC-area home, you’re no doubt happy that the real estate market is doing much better than it has in the past. With more homebuyers appearing, you could get multiple offers on your DC home! Whether you’re choosing a buyer, or currently in the throes of negotiating a price for your […]

With New Year’s Eve just around the corner, we’ve made a list of some entertaining events to help you celebrate the beginning of 2014. Whether you want to see a fireworks show, enjoy an evening of dinner and dancing, or find something fun for the little ones, you can find it here. Take a look […] As DC Metro real estate experts, we’re always looking for market indicators to suggest whether the market is favoring sellers or buyers. We look at a variety of factors, including average list price,  median sales price and price per square footage. Another indicator we look at is the days that a home spent on the […]

Applying for a mortgage can often be a difficult thing to accomplish. It is a lengthy process that is quite time consuming. Take a look at some tips listed below that can help you in the mortgage process. Mortgage Tips For Washington, DC Homebuyers Always Get Your Credit Checked: This is often considered the first […]

We all know that home renovations are a necessity. But tackling those renovations can often be a chore in itself. If you’re planning on making some updates soon, here are a few that are quite simple to do. You can easily do these over a weekend. Easy Fall Updates To Your DC Home Interior If […]